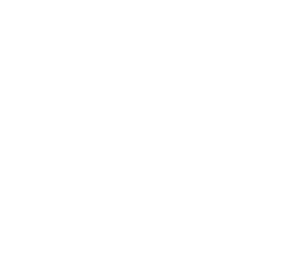 3 versions of this southern classic so you can make the perfect brunch for the whole family!

INGREDIENTS FOR THE BISCUITS

INGREDIENTS FOR THE GRAVY

Preheat the oven to 425 degrees Fahrenheit

Combine the flour, baking powder, baking soda, sugar, and salt in a medium bowl using a whisk. Work the cold butter into the mixture using a bowl scraper or your fingers until the mixture resembles coarse meal. Using your fingers will create a more cake-like texture. Make a well in the center, and pour in the buttermilk. Stir until the ingredients are combined.

Turn the dough out onto a floured surface, and knead five or six times. Roll the dough out to 1-inch-thick disk, and cut out biscuits using a 2-inch biscuit cutter. Make sure you don't twist the cutter, otherwise you'll squish the sides and the biscuits won't rise. Knead the scraps together. Reroll and cut out biscuits until all the dough has been used. Place the biscuits, bottom-side-up on a baking sheet, lined with parchment paper. Brush them with the melted butter, and bake until golden brown — about 15 to 18 minutes.

While the Biscuits Bake, Make the Gravy

Put the butter in a cast iron skillet, and melt over medium heat. When the butter is hot, add the tempeh, and sear for two to three minutes, until the first side is crisp. Stir in sear again until the tempeh is golden brown all over. Add anise the Italian seasoning one TSP salt, one TSP pepper, and the flour. Stir to combine then cook for one to two more minutes. To remove the raw flour taste, whisk in the warm milk, and bring to a simmer. Continue to cook until the gravy thickens to desired consistency. For me, that is about 5 minutes. If you like thinner gravy, cook for a bit less time. For thicker gravy, cook for a couple extra minutes. Taste and season with salt and pepper.

The biscuit recipe remains unchanged. Omit the butter from the gravy recipe, and replace the Tempeh with eight ounces of ground pork. In a bowl, combine the pork with the spices, one teaspoon salt, and one Tbsp pepper, and gently mix in to distribute all of the wonderful flavors. Put the sausage in a warm cast iron skillet, and cook over medium heat, breaking it up until cooked through, and the outside is golden brown, 7 to 9 minutes. All other steps in cooking times remain the same.

Replace any butter with margarine, or butter substitute, in the biscuits. In the gravy recipe, the buttermilk can be replaced with one and 1/3 cups unflavored, unsweetened macadamia, or almond milk, and two tablespoons freshly squeezed lemon juice. All other steps and cooking times remain the same.

Show Availability In Your Area

Enter your ZIP Code for the most up-to-date appliance inventory available for delivery in your area.